Sporting Network for Autistic People and Parents (SNAPP) was created by Allison & Kris Gately when they saw the need for this program as their son Bruin was diagnosed with Autism. 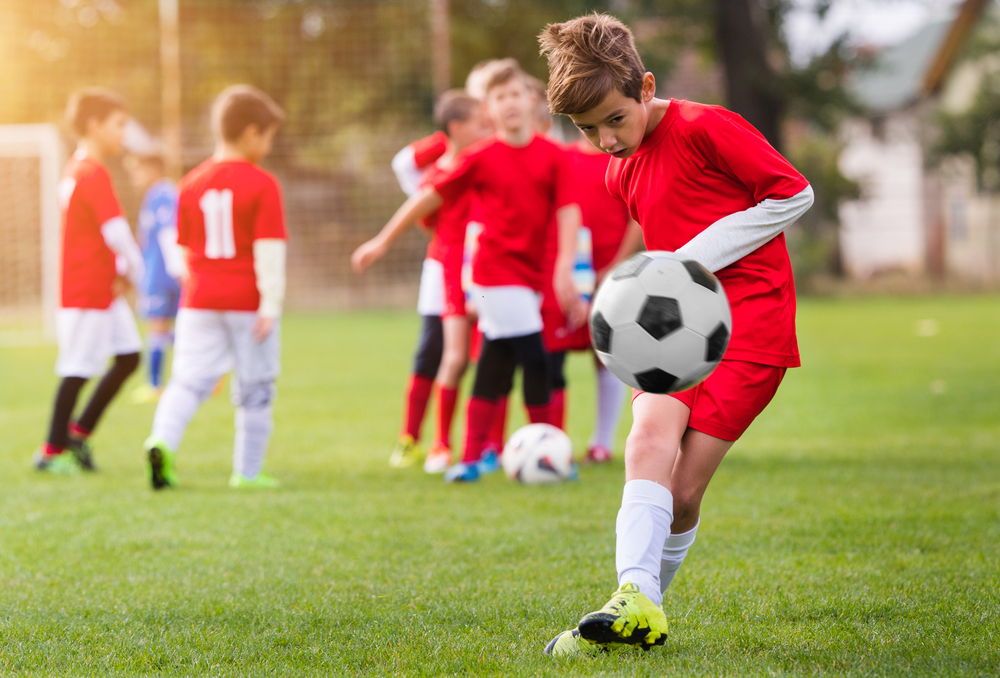 Follow the journey of Allison & Kris Gately on how they founded and developed SNAPP Soccer.

The Early intervention for autistic children is very intense and we knew that sports covered so much of the therapies we were doing all in one activity.  As well as the added benefit of social play with kids his age.  We tried Miniroos, and he was just not capable of following the coach’s directions.

Autism can be incredibly isolating as a parent and it broke our heart to watch our boy struggle, and then have to explain our differences to other parents on the sidelines.  We just wanted a place for our son to be with kids like him… and a place that parents like us could feel at ease and in no need for explanation. – Allison.

Neuro diversity and Autism cover the broadest range of abilities and challenges. These struggles can include but not limited to anxiety-based, sensory-based, auditory processing, non-verbal, verbal and physical.

Whilst most of the kids in SNAPP are enrolled in Mainstream Primary Schools, this does not mean they feel comfortable in a mainstream football program or even an All Abilities football program. With this in mind, Kris and Allison created SNAPP.

We chose to be parent-run exclusively because we live autism, and when you have 15 excited autistic kids on a soccer field, you need that level of expertise to coral the little sparks.  – Kris

Being a volunteer-run organisation means that Kris and Allison have had to manage all aspects of starting a not for profit. Starting up has been a difficult journey, learning new skills such as web management, coordinating uniforms and creating a recognised brand.

They hope that one day, the older autistic teenagers and adults can come on board in an employed coaching capacity, a concept that has already begun in their Williamstown hub.

Another difficulty they have experienced is being based out in Western Melbourne, the NDIS is still in a roll-out phase and only 40% of families are NDIS funded and some will not be eligible for funding. This may be a barrier for parents willing to join and participate in the program if no funding is available to them.

Despite these struggles, Kris & Allison knew that sport could cover so much of the therapies that kids with autism need to do in one activity and were determined to create this program, not only for their son but for others who face the similar struggles.

By contacting other parents in their autistic community, their first program launched in 2017 had 30 kids sign up to give football a try.

There are countless stories and smiles from our programs.

I think one of the most incredible things we have seen was a (near) non-verbal boy on graduation day.

We had not received a word from him all season, then while we were all having a quiet moment, we heard a voice. “This is the best day because I got this trophy with my friends”.  His mum and I cried a little together as it was his largest ever sentence.

It has been amazing to watch our former Snapper Emily join the Under 11 Maribyrnong Swifts team and see all girls and families understand and assist with Emily’s Autism.

We were also very excited to learn that one of our own is a professional soccer player, The GOAT (The Greatest of All Time) even.  Lionel Messi was rumoured to be diagnosed at age 5.  And that his neurological difference enables him to see patterns on the field his Neuro Typical opponents would not.

Everyone understands that those living with Autism certainly have and develop special interests.  And sports is no different. – Allison

This year, SNAPP will launch their 3rd program out in the west of Melbourne. The programs in Williamstown, Wyndham & Geelong are slightly different, catering to different needs. Once the football season ends, SNAPP continues with Cricket, Gymnastics and a swimming program with Life Saving Victoria.

Jason Charles, Executive Manager – Clubs & Community at Football Victoria, is pleased that “FV supports Kris and Allison with their SNAPP football programs and to see the positive impact they are having in their community through sport.”

Through their love of sports, SNAPP emerged as place where a sense of community could be nourished and a safe haven for both the child and the parent of ASD kids.
END_OF_DOCUMENT_TOKEN_TO_BE_REPLACED